Up to date information on the latest developments of the Beeston Square project. 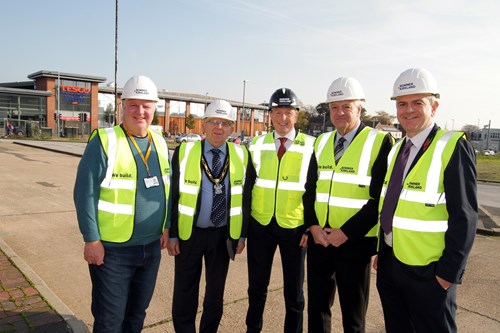 The Council has named Bowmer + Kirkland as the contractor for the cinema and retail elements of second phase of its Beeston Square development.

The mixed-use development forms the second part of the regeneration of the area and will include an eight-screen Arc cinema, 132 new homes and a range of food and drink outlets.

Councillor Milan Radulovic, Leader of the Council for Broxtowe Borough Council said: “We’re delighted to announce Bowmer + Kirkland as the contractor for the next phase of the scheme. There is a great deal of momentum behind the development, which will revitalise Beeston’s night-time economy and drive increased footfall to the town from the local and surrounding communities.

The scheme has been designed by Leonard Design Architects and is being project managed by Faithful+Gould, and is set to be completed by the end of 2020.

The scheme forms the second phase of a £50 million development which involved the refurbishment of the shopping precinct, new and improved public transport connecting the town to the NET tram network, more retailers, cafes and a gym.

The project is also being supported by the D2N2 Local Growth Fund pt 3 N2TC Fund.

The designs are available to view online: