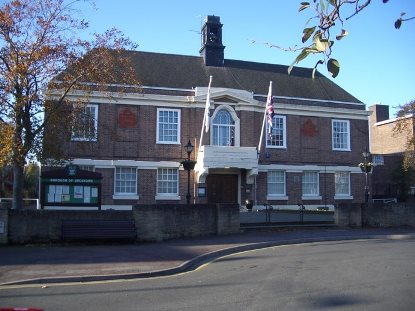 The decision comes following months of work with two community bidders to find an alternative use for the Town Hall.

Leader of the Council, Councillor Richard Jackson said: “The Council wanted to find a buyer who presented a strong business case which was sustainable, financially viable and provided significant community benefits and Cornerstone Redeemer Church's proposals met all of these requirements.

“They plan to create a new community hub for the people of Beeston with initiatives including support for international students, community fun days, English as a second language support, mid-week community groups, artisan-style workshops and exhibitions, children’s groups, money and debt advice, community café, courses and supporting the work of Hope Nottingham.

They will not only help preserve and enhance the existing building and ensure that local people can still enjoy using the Town Hall, they will also bring a wider range of services to support local people.”

The next steps will include drawing up contracts and a planning application being submitted for any changes to the building.

A description of the debate can be found on the Council's Full Council Twitter Moment. (Opens in a New Window) The results of the recorded vote on the future of Beeston Town Hall are as follows: