Back to Religious Exchange 2021

Passover (or Pesach in Hebrew) is a Jewish festival which celebrates the story of Exodus, when Jews commemorate how their ancestors left slavery behind them when they were led out of Egypt by Moses.

It is essentially the origin story of the Jewish people, celebrating both liberation and the belief that God answers the prayers of the oppressed.

Passover is always celebrated in Spring. It begins on the 15th day of the month of Nisan in the Jewish calendar. The celebrations last for seven or eight days, depending on where you live. In 2021 Passover begins on the evening of Saturday 27 March. 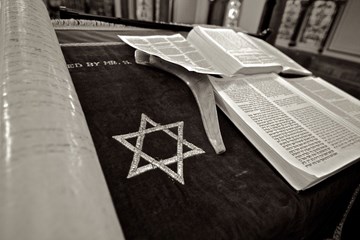 Who celebrates Passover and where?

Passover is traditionally a time to spend with family. It is one of the most important festivals of the Jewish year. Like all Jewish festivals, Passover begins at nightfall.

How is Passover celebrated?

On the first night of Passover (as well as the second night for Orthodox Jews living outside of Israel), there is a special service called a Seder (the Hebrew word for “order”). This includes the retelling of the story of the Exodus – a key commandment of the Passover festival - and incorporates a number of practices designed to commemorate the Jewish people’s experience of slavery and subsequent redemption.

The Seder is set out in a book called a Haggadah (“Telling”), which participants take turns to read aloud from.

Another of the key commandments of Passover is the commandment to avoid leavened food (known as “Chametz”), made from the five species of grain associated with the land of Israel: wheat, barley, oats, spelt and rye. Instead, Jews will eat unleavened bread, known as “Matzah” (this has a similar consistency to water crackers, although they are made differently and the latter cannot be used as a substitute for the former).

Did you know - Many Jews will keep to a stricter religious diet for Passover, where all processed foods are made under strict Rabbinic supervision. The prohibition against Chametz is so strong that Jews are not even meant to keep it in their homes during the festival.

Four cups of wine are also traditionally drunk at the Seder, connected to the four expressions of deliverance promised by God in Exodus 6:6-7, "I will bring out," "I will deliver," "I will redeem," and "I will take." A fifth cup is traditionally set aside for Elijah the Prophet, who at a certain point in the Seder is traditionally invited to come in to the Seder by the opening of the front door of the house. It is also customary to recline somewhat during the Seder, and cushions are often provided for participants to lean slightly to the left.

Pesach in the Torah (and consider)

Consider what Passover means in terms of a new hope and answered prayers. Through this season, reach out to your Jewish family, friends and colleagues (virtually) as many will be unable to be with loved ones. This would be the most meaningful time to share with them your new hopes and intentions for brighter days ahead as is symbolic of this celebration.