Christmas is a time of celebrating the birth of Jesus for Christians, as well as a secular holiday, marking the the coming of light and longer days.

Who Celebrates Christmas and Where?

Christmas is celebrated all across the world by Christians as well as being a secular holiday. 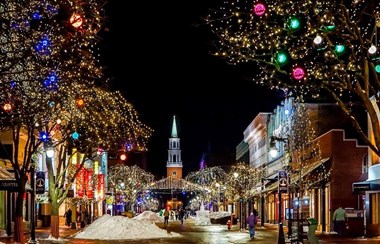 Christmas is a celebration of the birth of Jesus, believed by Christians to be the son of God.

Though Christmas commemorates a sacred religious holiday, it is also a day for secular festivities and the winter celebrations predate the birth of Jesus.

Did you know that centuries before the arrival of Jesus, Europeans, particularly pagans celebrated the winter solstice (Yule) and the coming of light and longer days?

Christmas is celebrated annually on the 25th of December based on the Gregorian calendar.

Did you  know that Orthodox Christians will celebrate Christmas on 7 January and many European countries do so on the 24?

How is Christmas Celebrated?

Christmas is celebrated through religious and non-religious traditions. For Catholic Christians they will attend a midnight mass at the church. The day is spent with loved ones where there is traditionally an exchange of gifts (symbolic of the gifts the three wise men gave upon the birth of Jesus), and a Christmas dinner which incorporates traditional foods such as turkeys and mince pies.

Christmas also commemorates the life of Saint Nicholas, a Christian saint known as the bringer of gifts, and ensuring the children adhered to religious practices. He has thus been transformed in to the character of Santa Claus, who children believe is the one to bring them gifts so long as they have been good the year through.

Did you know there were traditions of Pagan holidays which were adapted in to Christmas traditions and remain a part of Christmas celebrations till date such as Christmas Carols, and kissing under the mistletoe?

For those celebrating: Christmas is a time of light and a celebration commemorating life, harvest and exchanging gifts. It is the dispelling of darker days, while looking towards a rebirth of nature and its inhabitants. Christmas, whether religious or secular, holds significant meaning and value. This Christmas, the second in an era of unprecedented times, most will share in the hope for brighter days.

Contact
Customer Services
customerservices@broxtowe.gov.uk
tel: 0115 917 7777
A - Z of our services