Back to Parks & Open Spaces

Information on the work complete relating to Broxtowe's Pride in Parks initiative.

In March 2018 Broxtowe Borough Council approved £500,000 worth of investment in Broxtowe’s parks and open spaces. £250,000 was approved for 2018/2019, with an additional £250,000 approved for 2019/20. Each year £125,000 was allocated to make improvements to Council owned play areas which had been identified as high priority in the Borough’s Play Strategy. The balance of the funding, a further £125,000 was shared among the Town and Parish Councils who maintain their own parks to help improve their facilities.

In March 2020 the council approved a further £200,000 initiative to continue the Pride in Parks programme.

Find out more about Pride in Parks so far with our special infographic. (.pdf) (665KB) (Opens in a New Window)

This park benefitted from £120,000 worth of park improvements thanks to a £50,000 grant from WREN’s FCC Community Action Fund and £70,000 from Broxtowe Borough Council.

The improvements at King George V Park included a new outdoor fitness area and a brand new state of the art play area.  Local residents were asked what type of facilities they would like to see on site and the feedback helped shape what was delivered.  The play area was officially opened on Wednesday 29 January 2020 by the Mayor of Broxtowe and children from The Village Nursery to test out the new play equipment.

The Parish council used its £18,000 Year 2 Pride in Parks funding to install a fully accessible swing for people in wheelchairs at Brinsley Recreation Ground.  This is part of the overall play area to making it fully inclusive.  A second phase of the works saw new outdoor fitness equipment added to complement the existing facilities on the park. 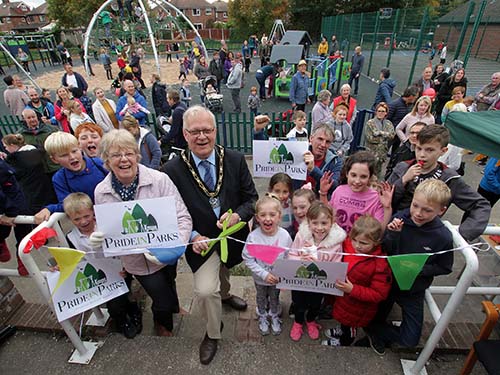 £87,000 improvements at Broadgate Park and £100,000 for major improvement works at Leyton Crescent Play Area thanks to Pride in Parks and external funding. 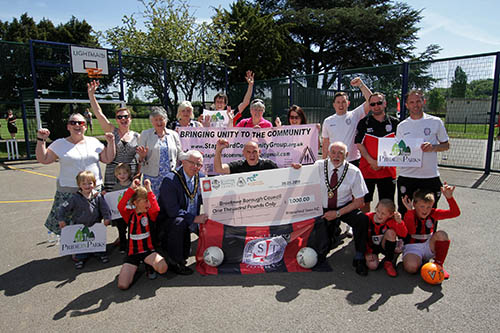 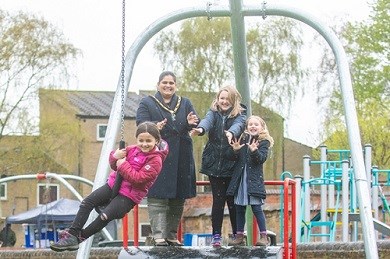 £165,000 for a new play area and multi use games area at Hickings Lane Recreation Ground - work in progress. £15,000 scheme to upgrade play area at Judson Avenue.