13/10/22- Broxtowe Borough Council residents with postal votes for the Nottinghamshire County Council - Eastwood Division by-election on 3rd November are being encouraged to return their completed voting pack as soon as possible to avoid it being caught up in planned Royal Mail strikes. 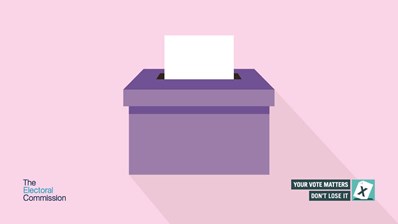 strikes by Royal Mail workers are set for 20th and 25th October.

Ruth Hyde, Deputy Returning Officer, said: “Due to the impending strike action, we strongly encourage people to return their postal votes as soon as possible. Legally, postal votes that arrive back to us after 10pm on polling day unfortunately won’t be able to be counted.

“Anyone unable to return their postal vote before 3rd November for whatever reason can also hand in their completed postal vote pack on polling day between 7am and 10pm at our polling stations. They can also drop it in to the Council Offices at Foster Avenue, Beeston, NG9 1AB at any time up until 10pm on polling day.”

The polling stations for the Eastwood Division by-election on 3rd November are:

Other key dates for voters to note ahead of the Eastwood Division by-election:

Voters looking for more information should contact Electoral Services at Broxtowe Borough Council on elections@broxtowe.gov.uk or 0115 917 3276.