Back to News & Events

In 2022, Her Majesty The Queen will become the first British Monarch to celebrate a Platinum Jubilee after 70 years of service. 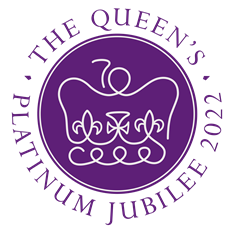 The Hemlock Happening is back with an extravaganza to celebrate The Queen’s Platinum Jubilee, taking place over the Jubilee Bank Holiday weekend on Saturday 4th June from 1.00pm and the event will close with a finale firework display at 10.00pm.

The official programme will be will be available at www.hemlockhappening.org (Opens in a New Window). 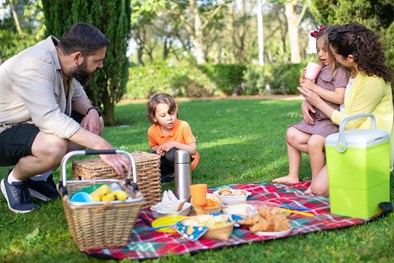 Do you have a memory with the Queen? Visited the Palace, attended a royal garden party, received a letter or birthday card from the Queen? Remember watching her coronation?

Well we'd love to hear your stories and see any photos that you have! You can share this with us through our online memories book or email your photos and stories us at press@broxtowe.gov.uk.

The UK has a long history of organised street parties to celebrate national events. Why not organise one for your neighbours for the Platinum Jubilee?

The UK has a long history of holding street parties to celebrate significant national events. Why not hold your own and bring together your local community across the bank holiday weekend?

Activities you can do at home

The Queen’s Birthday Parade (Trooping the Colour) - Over 1,400 parading soldiers, 200 horses and 400 musicians will come together in the traditional Parade to mark The Queen's official birthday, usually held on the second Saturday in June. Beginning at Buckingham Palace, the Parade will move down The Mall to Horse Guard's Parade, joined by Members of the Royal Family on horseback and in carriages. The Parade will close with the traditional RAF fly-past, watched by The Queen and Members of the Royal Family from the Buckingham Palace balcony.

Her Majesty The Queen, accompanied by Members of the Royal Family, will attend the Derby at Epsom Downs.

Platinum Party at the Palace - The BBC will stage and broadcast a special live concert from Buckingham Palace that will bring together some of the world’s biggest entertainment stars to celebrate the most significant and joyous moments from The Queen’s seven decade reign. Members of the public will be invited to apply to attend this special event and details of the ballot for UK residents to secure audience tickets will be released in due course.

The Big Jubilee Lunch - Every year since the idea began in 2009 The Big Lunch has encouraged communities to celebrate their connections and get to know each other a little bit better, coming together in a spirit of fun and friendship. In 2022 The Big Lunch will bring the Jubilee celebrations into the heart of every community. People are invited to share friendship, food and fun with neighbours as part of the Platinum Jubilee celebrations. A Big Jubilee Lunch can be big or small - street party or picnic, tea and cake or a garden barbeque. The Big Lunch provides tips and ideas for hosting an event. 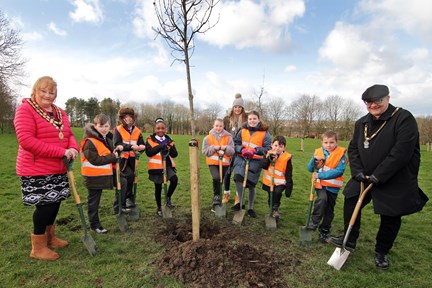 The Platinum Jubilee Pageant -  A pageant featuring over 5,000 people from across the United Kingdom and the Commonwealth will take place against the backdrop of

Buckingham Palace and the surrounding streets. It will combine street arts, theatre, music, circus, carnival and costume and celebrate the service of Her Majesty’s reign, as well as honouring the collective service of people and communities across the country.

The Mayor of Broxtowe, Councillor Richard MacRae led two tree planting ceremonies on Wednesday 23 and Thursday 24 February to show Broxtowe Borough Council’s support to the Queen’s Green Canopy initiative. You can read the full story in our press release.

We’d love to see pictures and hear about what you are doing to mark the occasion. Tag us in your on social media using #Platinum Jubilee #HM70 and #BroxtoweJubilee or email press@broxtowe.gov.uk