Back to For You

What climate change is and what impact it is having on Broxtowe and beyond.

What is climate change? 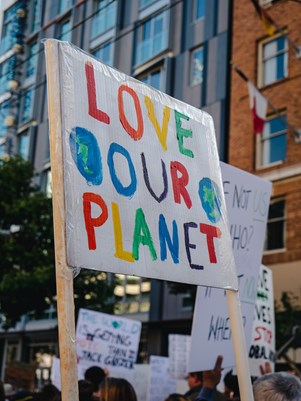 Our World is getting warmer! On the 19th July 2022, the UK recorded its hottest ever temperature of 40.3OC with the summer of 2022 being the fourth hottest summer on record.

Climate change refers to long-term shifts in temperatures and weather patterns. These shifts may be natural, such as through variations in the solar cycle, but since the 1800s, human activities (such as heating our homes, buying goods and travel) have become the main driver of climate change. This has primarily been due to the burning of fossil fuels like coal, oil and gas. Gases released from fossil fuels trap heat from the sun, increasing the average temperature of the earth, which in turn causes more frequent and extreme weather events such as heatwaves and heavy downpours.

How is Climate Change affecting Broxtowe?

Over the last ten years Broxtowe has experienced some significant disruption due to extreme weather events:

To see in detail how climate change might affect the area where you live the Met Office and the BBC have created a post code checker (Opens in a new window).