Back to Town Centres

Beeston has the largest town centre in Broxtowe Borough, attracting around 100,000 visitors each week. A popular retail centre with a diverse selection of independent shops and high street stores, cafes, pubs and restaurants, as well as craft fairs, general and farmers' markets.

Alongside the retail presence, Beeston is also home to many important professional service providers with marketing and financial companies, solicitors, property agents and alike populating the Broadgate and redeveloped Mill area on Wollaton Road.

Beeston has many popular points of interest including 'The Beeston Seat' a.k.a the Beekeeper statue and the green space at Broadgate Park.

How we’re investing in Beeston 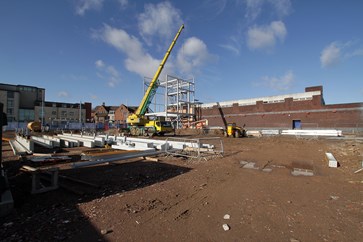 A new eight screen cinema and food and drink outlets are currently in construction and are due to open in summer 2021. This development will also see creation of 30 jobs and 132 new homes. Read more about Beeston Square Phase 2.

The area was refurbished in 2015 to create a revitalised shopping area to encourage the night time economy. Flats have also been converted into a Business Hub to help new businesess grow. Read more about Beeston Business Hub.

250 new homes on the site of the former Barton Transport in a £50m scheme which includes two new green spaces. 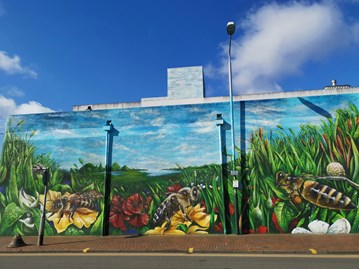 Commissioned in the town centre to celebrate Beeston’s creativity, including two large pieces commissioned by the Council.

Creation of a public sector hub at the Council Offices for residents to access Council, Police and Citizens Advice services in one place.

Sale of Beeston Town Hall to secure the building’s future and create a new facility for the people of Beeston.

Tram extension opened in 2015, connecting Beeston to surrounding areas, the university campus, QMC, Nottingham City Centre and the Tram Park and Ride near to Junction 25 of the M1 Motorway.