Back to Walking and Cycling

Information on access and wildlife of the Broxtowe Country Trail to help you enjoy 27 miles following the boundary between Nottingham City and the Borough of Broxtowe. 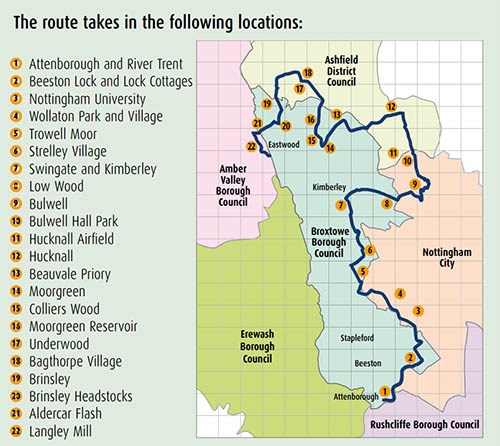 The trail uses existing routes to produce a long distance trail which roughly follows the boundary between Broxtowe Borough and Nottingham City.