Dog fouling is a health hazard and at worst can lead to blindness due to an infection called 'Toxocara canis'. 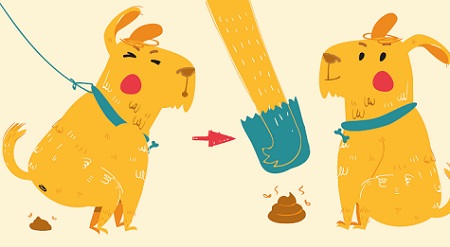 Broxtowe Borough Council has a legal duty to keep certain types of land which come under its control clear of dog faeces, as far as is practicable.  These areas include:

It is the responsibility of the dog owner or the person in charge of a dog to clean up any dog foul left by their dog. This applies to all public open land in the Borough of Broxtowe.

A fixed penalty notice of £50 will be issued to those owners who are witnessed failing to clean up after their dog. Failure to pay a fixed penalty notice will result in the council pursuing a prosecution through the magistrate's court, which carries a penalty of £1000. Being unaware that the dog has fouled, not having suitable means of removing the faeces or nowhere to dispose of the bags is not a reasonable excuse for failing to clean up after a dog.

Those dog owners that bag the mess but don't bin it (for example they dispose of the bag in a hedge, a tree or a garden) could face an additional offence for littering, which carries a fixed penalty notice of £75 or a separate maximum fine of £2,500.

There are over 300 dog fouling bins installed and maintained in the borough.

If you witness an owner allowing their dog to foul and they fail to clean it up please report this to us.