Back to Litter and Street Cleansing

Information about the Council’s Clean and Green Campaign to make Broxtowe a cleaner place and how the local community can get involved.

Our Clean and Green Campaign recently launched as part of an initiative to make Broxtowe a cleaner place.

There will be lots taking place as part of the campaign to complement what we already do to keep Broxtowe clean and tidy and we’ll keep you updated about events in your area. 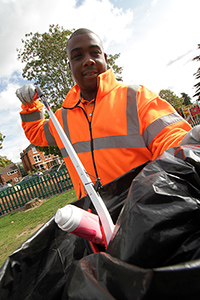 We are asking individuals, community groups, schools and businesses to take collective responsibility for keeping the Borough clean and tidy and encourage everyone to recycle more.

If you’d like to organise an event, we can help by loaning equipment.  We will also arrange  the collection of the waste when the event is finished.

You can also download our useful resource pack (.pdf) (0.97MB) (Opens in a New Window) which provides everything you need to organise your event including: 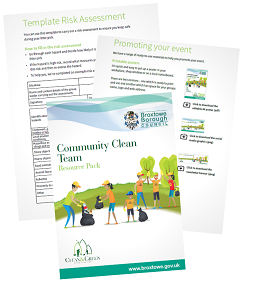 Don’t forget to let us know what you’re doing so we can promote it for you too. You can do this by emailing our Communications Team on press@broxtowe.gov.uk

If you’d like to organise an event, contact our Waste and Recycling Team.  Once the details are set, we can loan you the equipment and we will  send you a Covid 19 risk assessment for your event.  Together, we can make Broxtowe a cleaner and greener place to live. 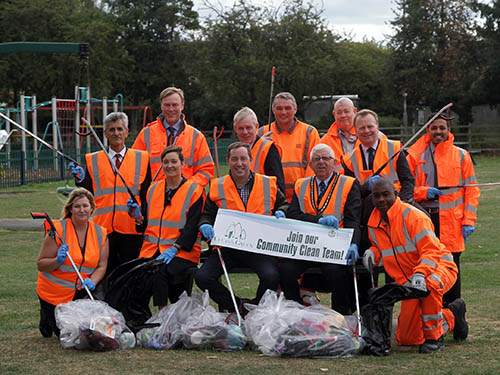 Councillors, the Deputy Mayor, Chief Exec, Deputy Chief Exec, and Officers joined together to launch the Clean and Green Campaign on 1st October 2018 at a special litter pick on Dovecote Lane Park, Beeston. Chair of the Leisure and Environment Committee, Councillor Shane Easom said “This is all about us all doing our bit. We know there are lots of people out there who already pick litter and support our parks and open spaces to make sure they’re clean and tidy and we want to celebrate this, as well as attract new groups, organisations and businesses to do the same." 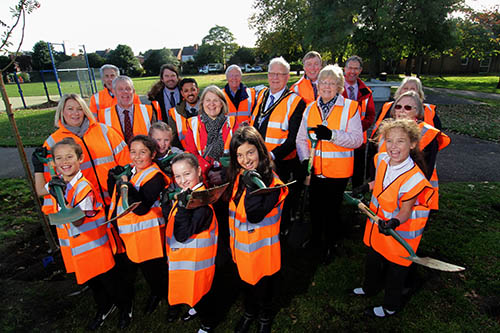 Schoolchildren from Beeston Fields Primary School helped make Broxtowe Borough a cleaner and greener place as they joined in with a special litter picking and tree planting event in Beeston in October 2018.

Pupils from Year 5 joined Mayor of the Borough of Broxtowe, Councillor Derek Burnett BEM and members of Beeston and District Civic Society at Broadgate Park on Wednesday 24thOctober for the event.

On Monday 29th October 2018, the newly formed Friends of Watnall Green and Spinney joined the Mayor of the Borough of Broxtowe, Councillor Derek Burnett BEM for a litter pick of Watnall Green with a team of nearly 30 litter pickers. They also planted native bluebells and daffodils on the Watnall Green open space and removed grass cuttings from the meadows. 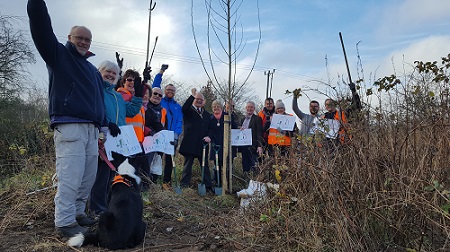 Toton showed its support for the Council’s Clean and Green campaign in November 2018 as members of the local community turned out in force for a litter pick and work to improve Toton Fields Local Nature Reserve. Mayor of the Borough of Broxtowe, Councillor Derek Burnett BEM was joined by members of the Friends of Toton Fields and the Practical Conservation Volunteers to enjoy the late autumn sunshine as they picked litter from the entire nature reserve. A total of 8 bags were collected. 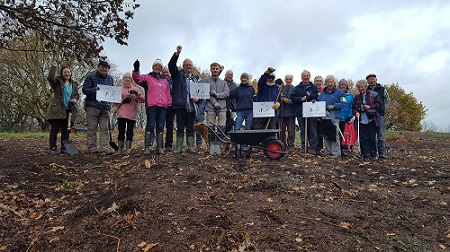 Volunteers in Bramcote joined Broxtowe Borough Council’s Community Clean Team last weekend as they transformed Bramcote Ridge into a new wildlife haven following a wildfire in the summer. Volunteers from the Friends of Bramcote Ridge and the Practical Conservation Volunteers joined Mayor of the Borough of Broxtowe, Councillor Derek Burnett BEM on site on Sunday 2nd December to create a new meadow and viewing point. 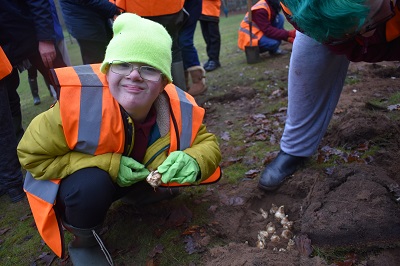 Pupils from Foxwood Academy got stuck into a tree planting event in December 2018, digging the holes for the trees, positioning the trees into place, and planting daffodil bulbs as part of the Council’s involvement with National Tree Week 2018 and the Borough’s ‘Clean & Green’ initiative.

Volunteers burnt off their Christmas dinners on Thursday 27th December 2018 at a tree planting and litter pick at Ilkeston Road Recreation Ground, Stapleford as part of Broxtowe Borough Council’s Clean and Green campaign. The Mayor of Broxtowe, Councillor Derek Burnett BEM was joined by volunteers from the Stapleford Community Group who helped plant six trees and carried out a litter pick of the Recreation Ground and surrounding areas. 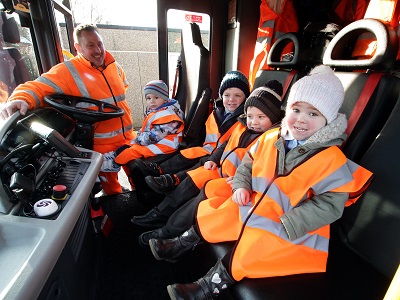 Schoolchildren at Awsworth Primary School enjoyed a visit from Broxtowe Borough Council’s Waste and Recycling Team yesterday, with a chance to sit in a bin lorry and learn about recycling. The children, from reception class, were visited by five of the Council’s Waste and Recycling Team. As well as having a go in lorries, the children learnt about what kind of things they can recycle, where their waste and recycling goes and what they can do to help protect the planet for the future. 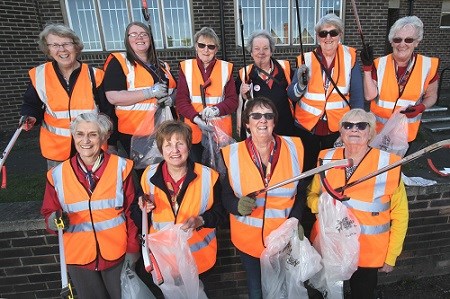 Eastwood received a spring clean in May, as members of the Beauvale Trefoil Guild took part in a litter pick around the town.