Back to Councillors & Committees

Broxtowe Youth Voice gives young people in the Borough an opportunity to debate the issues affecting them, including alcohol misuse, security in schools, sexual health, self-harming and much more. 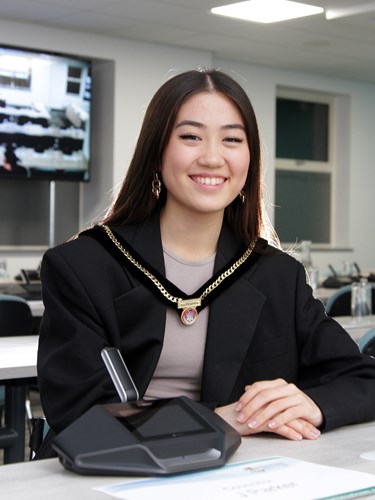 There is also a Youth Mayor elected each year.

"We are Broxtowe Youth Voice. We strive to make a change in our local community by ensuring we listen to the voices of Young People. We aim to tackle problems including discrimination, radicalisation and decreasing the voting age to sixteen. As Young People of Broxtowe, we endeavour to give a voice to the unheard!"

The current Youth Mayor is Grace Li and will by assisted by the Deputy Youth Mayor Finn Rogers.