Back to What's on Where

The Mayor of Broxtowe, Richard MacRae is embarking on a charity bike ride from The Heritage Centre, Canalside, Beeston at 11am on Saturday 25th September, heading to Notts County Football ground & back to raise money for Broxtowe Youth Homelessness 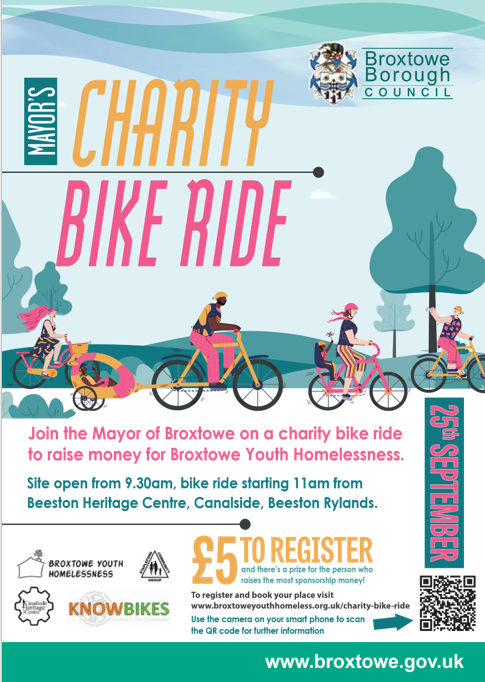 The Mayor of The Borough of Broxtowe, Councillor Richard MacRae is embarking on a charity bike ride commencing from The Heritage Centre, Canalside, Beeston and heading out along the canal path to Notts County Football club and back again. The aim is to raise as much money as possible for his chosen charity which is Broxtowe Youth Homelessness who work tirelessly to support young people facing homelessness and in crisis having already become homeless. To join the bike ride go to: www.broxtoweyouthhomeless.org.uk/charity-bike-ride

Starting at The Heritage Centre, Canalside, Beeston at 11am on Saturday 25th September. enquiries@broxtoweyouthhomeless.org 01159396760