Information about the East Midlands Development Corporation and what it means for Broxtowe and its residents. 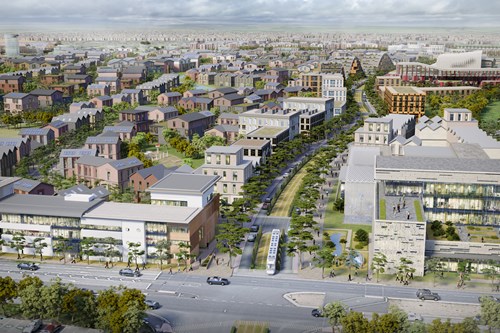 What is the East Midlands Development Corporation?

The economy of Broxtowe could receive a major boost thanks to three major developments planned by the East Midlands Development Corporation - including the transformation of Chilwell and Toton.

The planned closure of Chetwynd Barracks, scheduled for 2025, will create opportunities to reconnect parts of the area like never before, with an opportunity to protect existing heritage, create new cycle and walk ways as well as new green spaces.

Towns and communities across our borough, from Eastwood to Stapleford and Toton, would be able to access tens of thousands of jobs and apprenticeships, new homes, and significantly improved transport links.

The developments, which cover an area larger than three Olympic Parks, will deliver 84,000 jobs, contribute £4.8bn a year to the East Midlands’ economy and create green spaces centred around Toton and Chilwell, Ratcliffe on Soar power station and East Midlands Airport.

Broxtowe Borough Council is a key partner of the East Midlands Development Corporation, alongside other district, borough and county councils. We are helping fund the development of these life-changing plans to ensure it receives the £235m Government funding it needs to transform our borough for the future.

What are the benefits to Broxtowe?

The three huge projects we are planning will have a positive and wide-reaching impact on all our people, our places and our planet, with the long-lasting transformational impact that’s been seen in other parts of the country, like the Olympic Park in London and the Salford Quays development in the North West, which have truly transformed their boroughs and cities.

Quite simply, for Broxtowe residents this will mean more jobs, more houses and better transport.